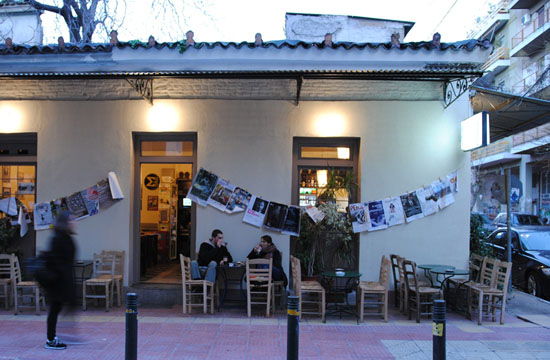 The Neighborhoods of Gazi and Metaxourgeio

Imagine an area in the center of Athens. Not the shiny part you might already know, like the Acropolis, but something more urban. Urban in the sense of cement, noise and lack of nature. Now you will probably think, why should I visit this area?
Well, Gazi and its neighbor area Metaxourgeio, are what we would describe as the real Athens, or Athens’ reality!

A fuzing reality, with intertwined cultures, smells and colours. A place where Athens’ heart beats till very late in the night since its clubs and bars say goodnight when the sun is risen. 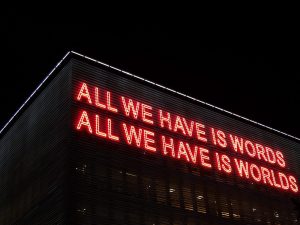 (If you want to make the most of it, join our freshly launched Athens Street Culture and Food off-the-beaten path Tour and meet this adventurous area which still remains authentic)

The history of Gazi is quite interesting.‘’Gazi’’ means gas in Greek and it took its name after the first gas factory which was built there. It was a poor industrial area, with red light houses and a bad reputation. During the 80s its residents demanded the factory’s closure because it was pretty dangerous. Since then, the buildings of the ex-factory are used as a cultural multispace. It hosts various exhibitions, flea markets, concerts, events and conferences.
The area of Gazi started being gentrified and this phenomenon influenced its neighbor Metaxourgeio as well. 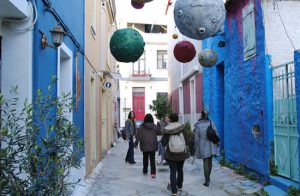 It is the last decade, right after the financial crisis of Greece, when these two areas started flourishing artistically and socially.

Athens has more than 287 theatre stages and a big percentage of them belong to the areas of Gazi and Metaxourgeio. Except of the theatre stages, visitors can find various, schools of dance and acrobatics, since the ex-industrial buildings are ideal: high ceilings and low rents!

While strolling around you will notice great works of street art and friendly people lying around in the streets or in local shops having beers, coffee, raki and mezes. In your way you will also find underground art galleries and multi-spaces, spontaneous music concerts and amazing little tavernas. Do not hesitate to sneak a peek behind doors, who knows, you may discover secret gardens with skateboarding bowls! 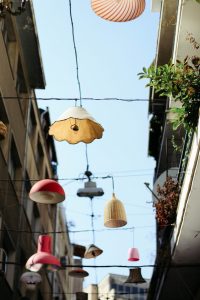 Time stops somehow in this charming, yet contradictory place. It invites you however to add your own story and be a part of it, no matter where you come from.