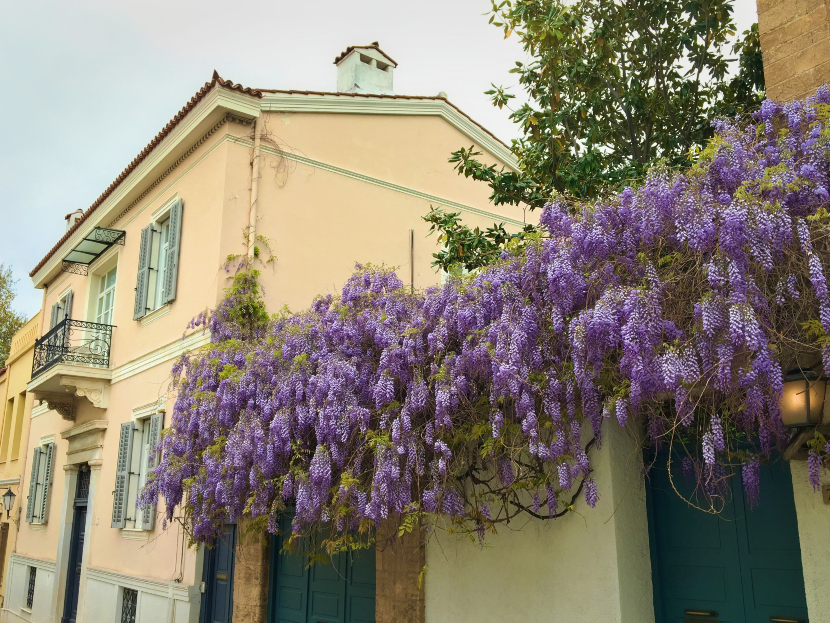 The most colorful district of Athens, Plaka, is also known as the neighborhood of the gods, due to its very close vicinity to the Acropolis.  Built at the foot of the Acropolis walls, this district is almost as old as Athens.  That is why the origin of its name is dubious and somewhat lost in the depths of time.  One version, according to historians, is that it got its name from a very large paving stone that was found near the tiny chapel of Agios Georgios Alexandrinos, situated next to the ancient theatre of Dionysus.  The other version, equally possible is that the Albanian-speaking residents of Athens used to call the district ‘pliak’ which in Albanian means old, thus referring to the older part of Athens.  And Plaka is indeed very old, and perhaps the most genuinely Athenian neighborhood of the whole city. 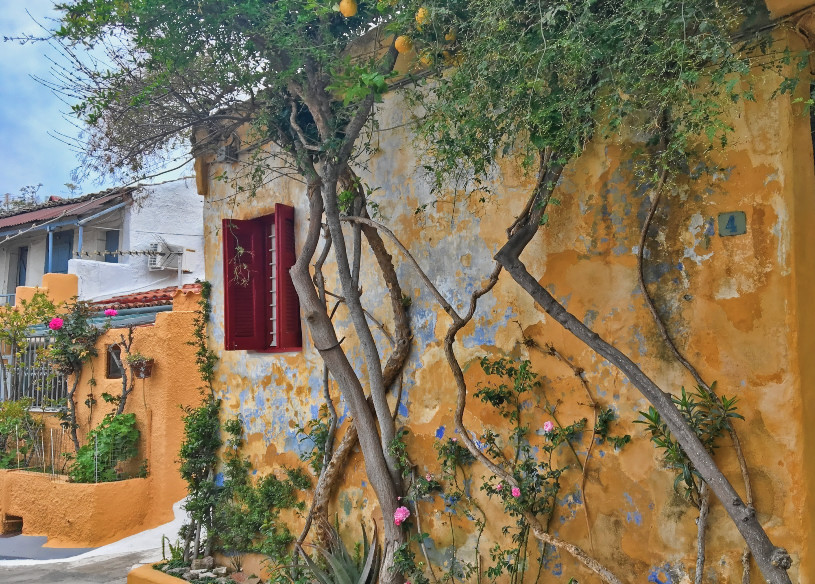 Apart from old, Plaka is a melting pot of different historical periods, an amalgamation, a blend of the ancient, the medieval, and the modern, but is so, strangely, without lucking unity.  Of course, the fact that you cannot build anything new and anything too tall helps.  In Plaka you can only restore the remaining buildings, as it is illegal to erect a new construction. Some of them date from the early 19th century, and some of them are as old as the Ottoman Empire.  There are neoclassical houses next to roman ruins, and small Byzantine chapels, next to mosques – all this mixture held together by the bulk of the ancient citadel. The streets are narrow and winding, forming small labyrinths in which you can get lost if you wish. But you cannot be lost for long, because the Acropolis, always omnipresent will never be out of sight, or out of mind. 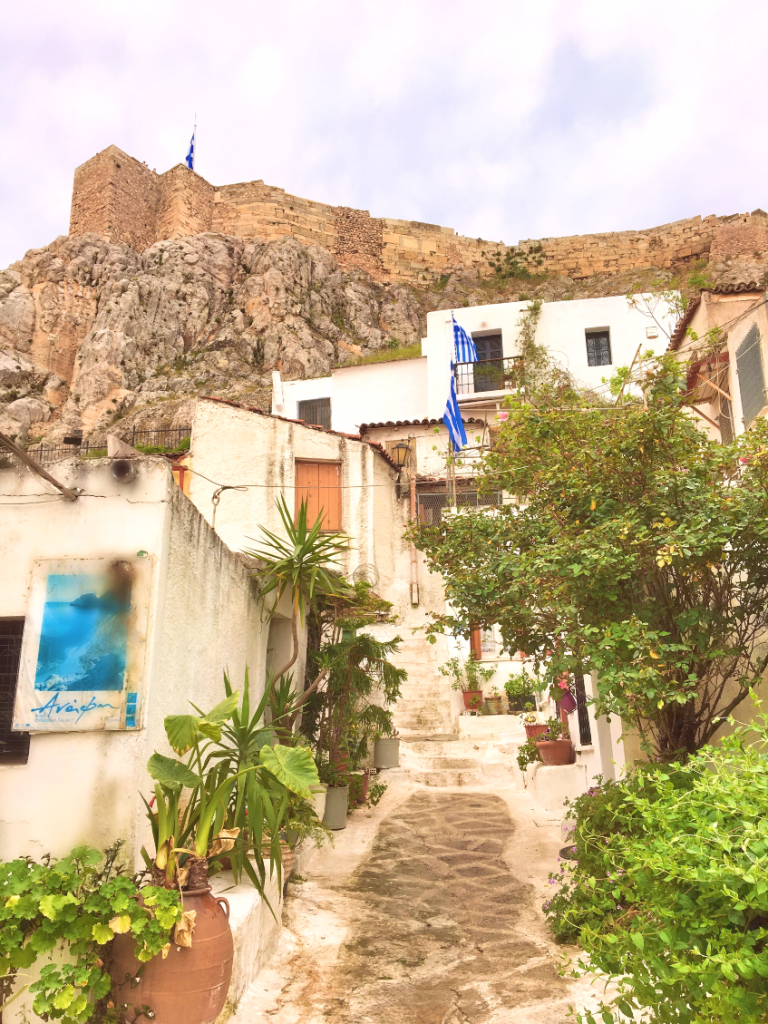 As you can guess, Plaka is almost always crowded. Flocks of happy visitors swarm the streets, the cafes, the taverns, and the souvenir shops.  Since in Plaka there are important museums, such as the Greek Folk Art Museum, the Children’s Museum, and fascinating historical sites, such as the Clock of Andronikos Kyrrestes or Tower of the Winds (the first meteorological station in the world), the Madrassah Jail (with only the gate standing), and the Fetiye Mosque, you will also find interesting art shops with paintings and other works of art.  Plaka is also extremely flowery, and during spring it is a feast for the eyes.  And what about the mouth? Although the area is very touristic with all the pros and cons if you search carefully and wander away from the crowds, you will be able to spot some very decent gastropubs that serve traditional dishes with local ingredients and a modern twist. 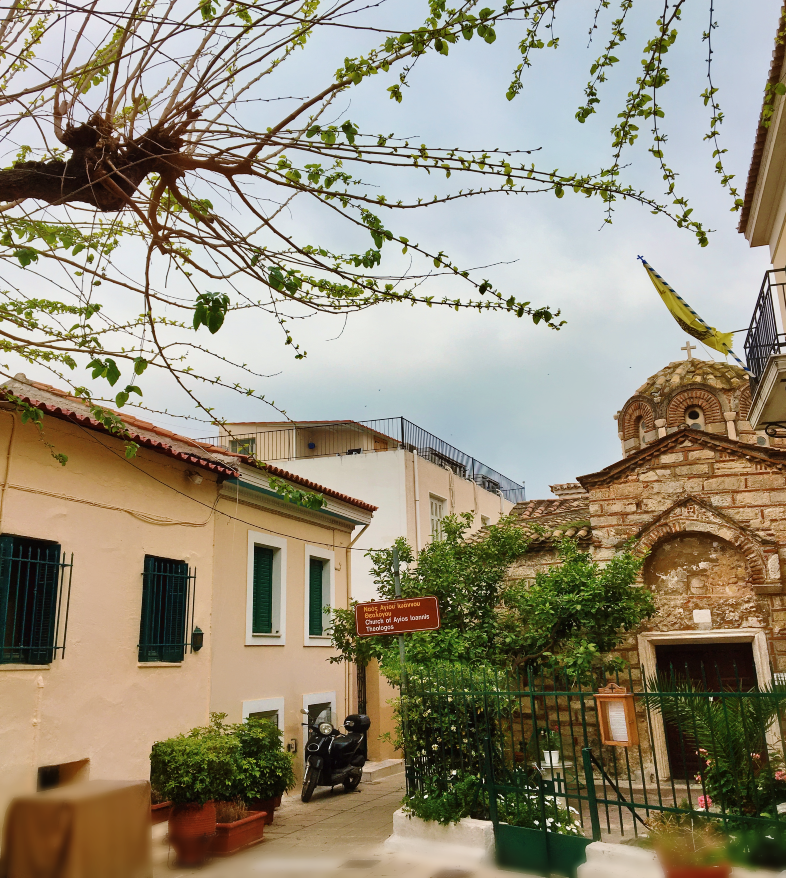 Be sure to discover and spend some time in Anafiotika, the most scenic for some, part of Plaka. Anafiotika is a small settlement of the early 19th century situated next to the northern slope of Acropolis.  The houses, although very small, are bright white and reminiscent of the Cycladic architecture.  This is because they were constructed to house construction workers for the King’s palace from the island of Anafi. The islanders needed their neighborhood to remind them of home, hence that island feeling and the Cycladic curves and shapes.  The perfect scenery is completed by the growing bougainvilleas that are almost everywhere. 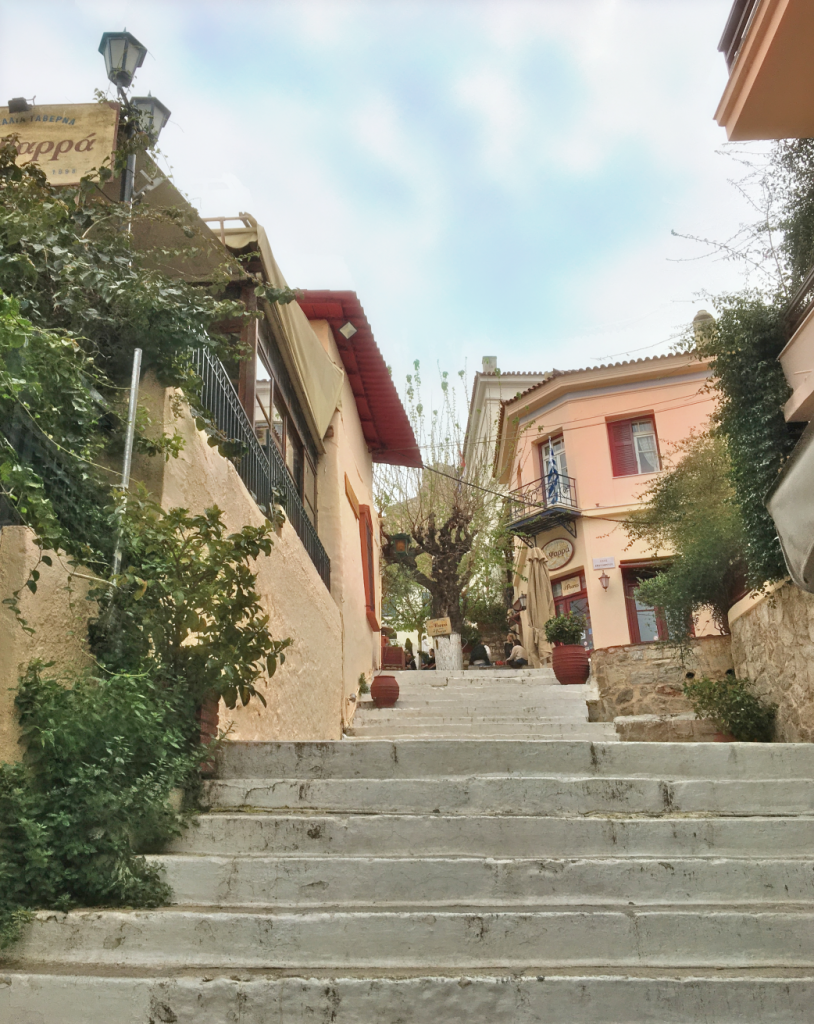 Plaka is built on the feet of the Acropolis’ slopes, so you are half walking and half climbing which may sound a bit tiring, but wherever there are uphill roads, there are magnificent views as well.  Always try to reach for the top, if you want to catch that perfect panoramic shot. 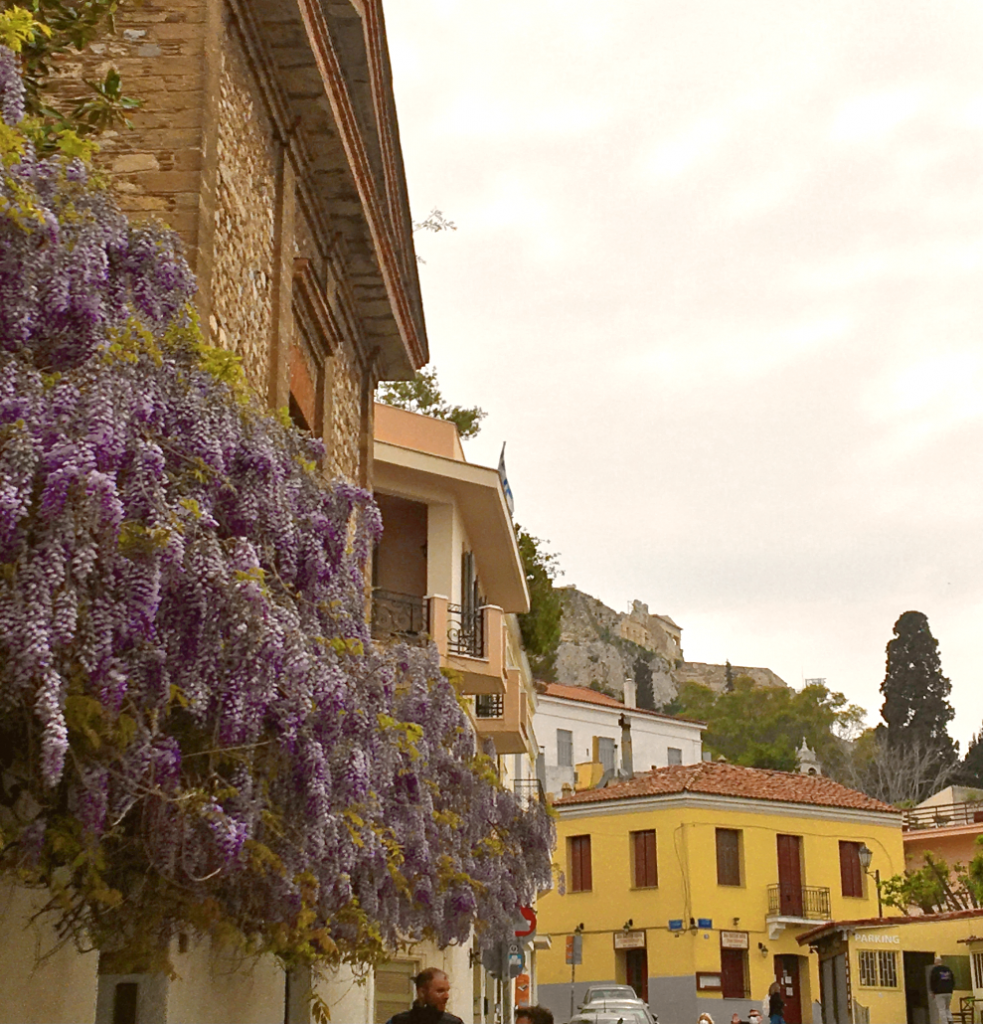