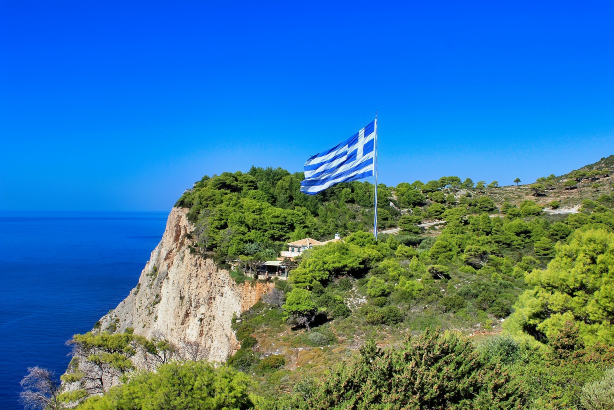 ‘Freedom or Death’: It sounds powerful, doesn’t it? For Greeks, this strong oath was taken two centuries ago, on March 25, 1821, by brave Greek fighters to support them in their revolution and the great war of independence against Ottoman rule.  Greece was a part of the Ottoman Empire for nearly 400 years, since 1453, when Turks invaded the capital of Byzantium, Constantinople (Istanbul nowadays). After their revolt, the Greeks managed to establish an independent state in 1832, with the intervention of Britain, France, and Russia.  That is why the Greek state invited representatives of those countries to celebrate with all Greeks this very important anniversary.  Today, Prince Charles of Wales, the Russian Prime Minister Mikhail Mishustin and the French defense minister Florence Parly will watch the magnificent military parade in the center of Athens, and will also enjoy a formal dinner and a tour of the Athens National Gallery.

Due to the coronavirus health protocols, the major events organized by the Greece2021 committee for the celebration of this bicentennial anniversary will be somewhat muted and without a live audience.  However, there will be events (some online) not only in the capital and many other Greek cities, but also in foreign cities across the globe where there is an active Greek community, like the U.S., Canada, Australia, and of course, in Europe. For instance, in Vancouver, 56 flag stations will be raising the Greek flag today, while in Australia, the Sydney Opera House will be impressively lit and covered by projections of the Greek flag.  Such events will run throughout the year in Greece and globally, whereas other commemorative actions are being organized by the 2021 committee, such as the issue of coins depicting Greece’s first currencies, the phoenix and the drachma.

200 years of modern history is certainly a milestone for Greece.  A lot has happened since then in the country that literally spawned democracy; some good, some challenging.  Today, Greece is fighting the pandemic with optimism, aspires to a better, post-pandemic future, and is preparing for it full-time, with careful planning and leaps of progress.  On this day, we remember and commemorate our 1821 heroes but we also realize how every period in history has its own heroes, and our heroes today are our doctors and nurses. Join us in this great moment of celebration, and honor with all Greeks, democracy, freedom, and life.

Since antiquity, Greeks have embraced the arts. The Muses were...