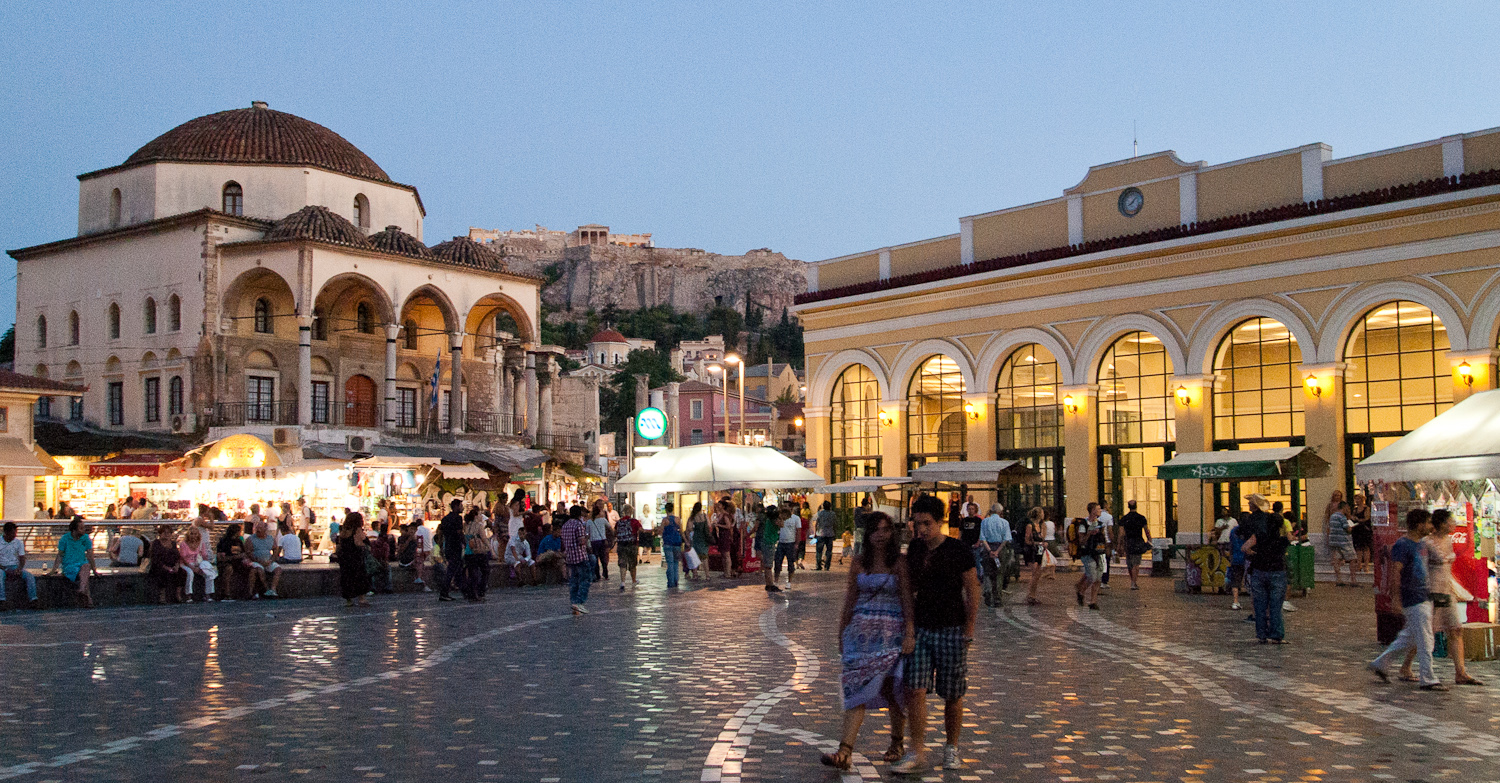 Monastiraki is the district whose’ borders are defined from the big Orthodox Cathedral of Athens (Metropolis), the picturesque old
quarter of Plaka, Ermou st. and of course, Thissio and Psiri.

Walking down the lovely cobblestone alley called Ifestou which connects Metropolis sq. with the very center of Monastiraki district, the namesake sq., one cannot escape the feeling of carefreeness that seems to take whole of you, simply by observing ones’ surroundings: Small coffee-shops and, mostly, tourist shops, chairs set in the middle of the alley, so that the shop owners  can seat and chat; Virginia creeper and bougainvillea dripping freely from the buildings.

At the same time, the realization that underneath the stones you step on, lies a history of over 3000 years, makes you shiver! Men whose names remained known and honored worldwide through eternity, such as, Socrates, Pericles, Aristotle and so many others, walked once the exact same path as you do now…