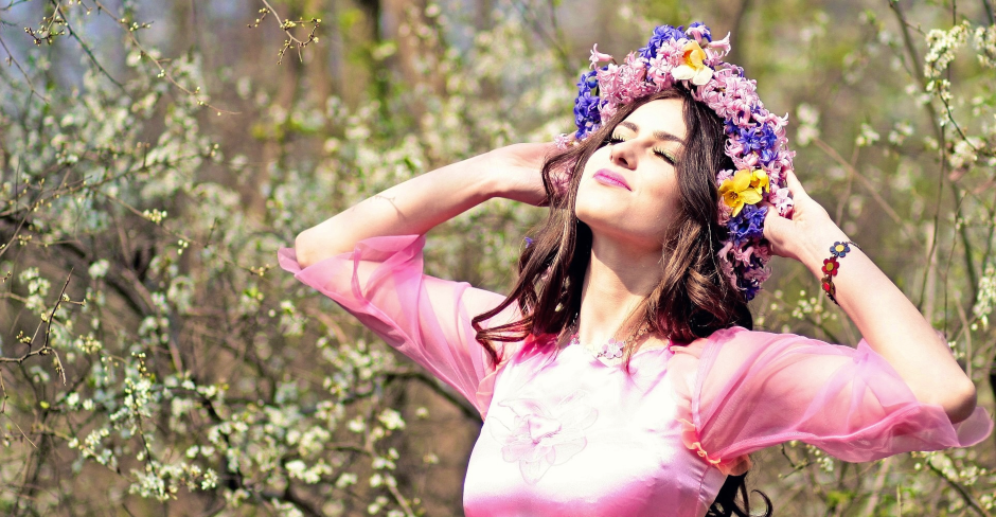 May and Protomayà: A Greek story

The first day of May, or Protomayà, as it is called in Greek, is a national holiday, and has a dual meaning and significance in Greece as well as other countries:  It is both a celebration for spring and has also been established as the international labor day.  Protomayà’s origin, though, goes back to ancient Greece and is associated with primitive agricultural ceremonies for the fertility of the land. For instance, the month of May owes its name to Maia, one of the seven mountain nymphs, Pleiades.  According to the myth, Maia, the eldest and the most beautiful of the seven nymphs, was also the mother of Hermes (the father was Zeus, what a surprise).  She was responsible for bringing new lives into the world and was a nurturer and protector of motherhood (that is why maia means midwife in Greek).  As goes the legend, Maia (often related to the Roman goddess Maya), gave her name to the month of May.  Since ancient times, May is considered to be the month that brings the earth back to life from the barren and cold days and lands of winter.  This of course is due to another myth, that of Demeter and Persephone, the reunion of mother and daughter, and the return of good weather and fruitfulness.

Whatever the case, the first day of May is when we celebrate springtime, the rebirth of nature, new blossoms, and fertility since antiquity.  An important festival of ancient Athenians often associated with Protomayà was Anthestèria, festivities to honor Dionysus, god of wine and theatre, but also to honor Hermes of the Underworld, the god that drove immortal souls to the other side.  Anthestèria was a holiday for everyone, and even slaves and small children were allowed to participate.  It was a three-day feast that ranged from an incessant joy for life to deep grief for death, much like life (or even orthodox Easter).  It was a huge celebration of nature, flowers, wine, but it was also believed that during those three days, the spirits of the dead returned to the city again, among the living.   Apart from  Anthestèria, another very important Athenian festival also associated with May 1st was Thargèlia.  Thargèlia was a festival that took place in May in honor of the god Apollo and goddess Artemis.  It was an agricultural festival that meant to appease the gods, in order to bless their harvest and not ruin it with excessive heat.  Wreaths from fruit-bearing trees were made, while the festival involved offerings of fruits (the first fruits of the harvest), and sacrifices of animals and humans.

Nowadays, the idea of celebrating springtime on the first day of May still remains a tradition.  Around Greece, there are customs concerning May 1st, as in some villages of Corfu, people parade holding a cypress trunk, covered with daisies and a wreath of leafy branches. This trunk is called Mayoxilo meaning the wood of May.  Young men all dressed in white, with red scarves, walk around the village streets singing songs about May.  But even in Athens and other big cities, since Protomaya is a holiday, people usually use it to go outdoors, have a picnic and gather flowers from the fields.  Some people are still making the famous May wreath and hang it outside their front door, for luck and prosperity.  Others do not bother with the wreath but go to the country anyway for a short excursion.  The first day of May still means one thing: Summer is near and this is a very good reason to celebrate and have fun!
By Sophia Dritsa
Post Views: 700

Athens is one of the major European cities which put...
Anniversaries & National Days

The Olympic Flame Lightening and Handover took place the 18th...