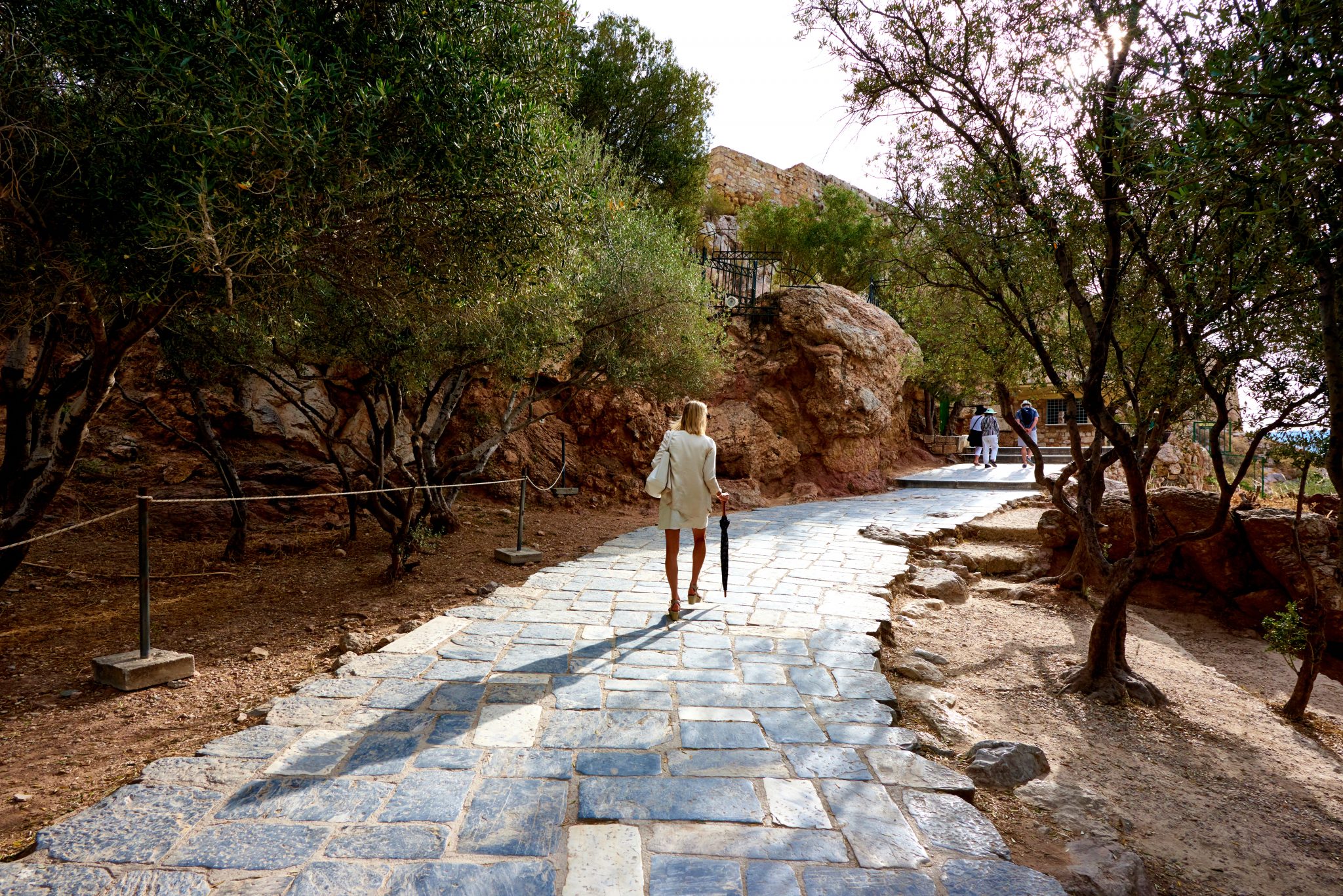 Athens lies on hills, much like Rome: If we assume that the Acropolis is in the center, then to its west, there are Areopagus, Filopappus (or Muses’ Hill), the Pnyx, and the Hill of the Nymphs, while to its east is Lycabettus. Each one of them surrounding the Acropolis has a story to tell, and each one overlooks the Acropolis almost like a sleepless sentinel. 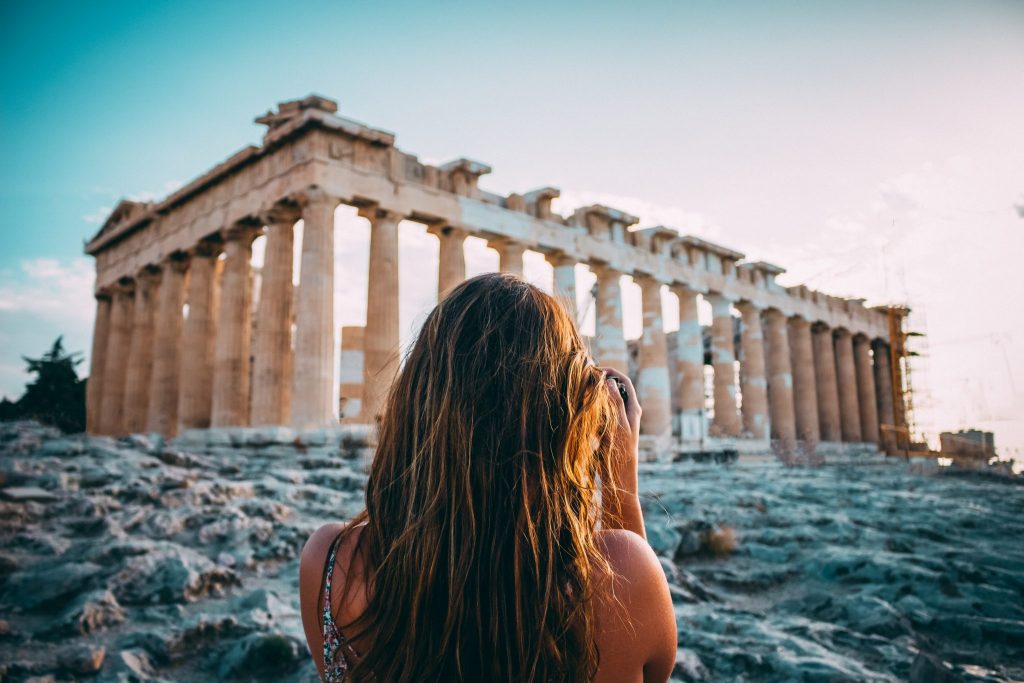 The most famous of all the hills is the Acropolis.  More than 2500 years old, it is often the first site people want to visit.  With significant historical monuments such as the emblematic Parthenon, the Erectheion, the temple of Athena Nike, the theatre of Dionysus and the still in use, Odeon of Herodes Atticus, the Acropolis holds a leading role in people’s preferences. It is the best place to learn about the history of the city, and the country in general, and of course the city view from the top is spectacular. Book a tour and enjoy a journey in ancient history.

The rocky hill to the northwest of the Acropolis is named after the god of war, Ares, and in Greek, Areopagus translates as the rock of Ares. There is a myth that this hill hosted the trial of Ares, conducted by all the other Olympian gods, for the murder of Poseidon’s son Alirothios. As it was proven, during the trial, Alirothios had tried to rape Ares’ daughter, Alcippe, hence the court found Ares non-guilty, as he had defended his child. Since then, the Athenians notably used this location as a court for homicides.  Nowadays, the term ‘Areos Pagus’ refers to the highest court of Greece, situated only a few kilometers away. The hill is a very popular tourist attraction, as it is very close to the Acropolis, especially amongst young Instagrammers. The local youth also loves to climb the rock, especially at night during the summer.   The hill is mostly bare on top and tends to be very slippery, so be careful and wear your sneakers. 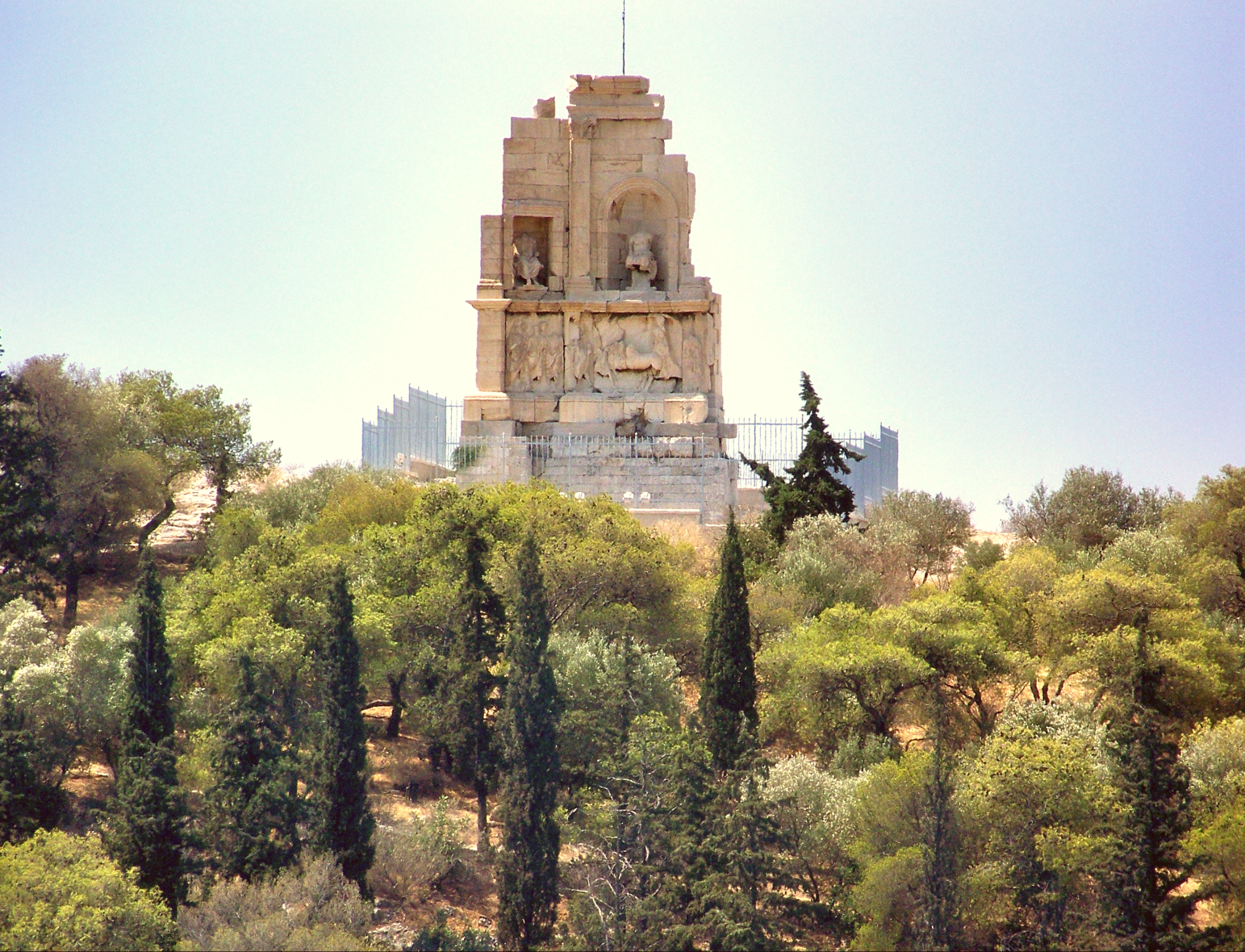 According to the myth, the muses used to inhabit the hill, hence one of its names. The other, current name was taken by Gaius Julius Antiochus Epiphanes Philopappus‎, the grandchild of Antiochus Epiphanes, the last king of Commagene, today Syria.   Philopappus was a public officer (a kind of ambassador), who became an Athenian citizen during the Roman period, and a respected benefactor of the city of Athens. He was said to be a very educated and extremely generous person.  His death in 116 AD was considered a great loss by the Athenian citizens, and they built for him a mausoleum, Philopappus monument, as a commemoration of honor.  Today, Philopappou Hill is a beautiful place for walks, picnics, and outdoor yoga sessions especially during spring and early summer. It is quite green with trees and various wildflowers and herbs, and it can be a very peaceful place to visit, despite its vicinity to the city center. 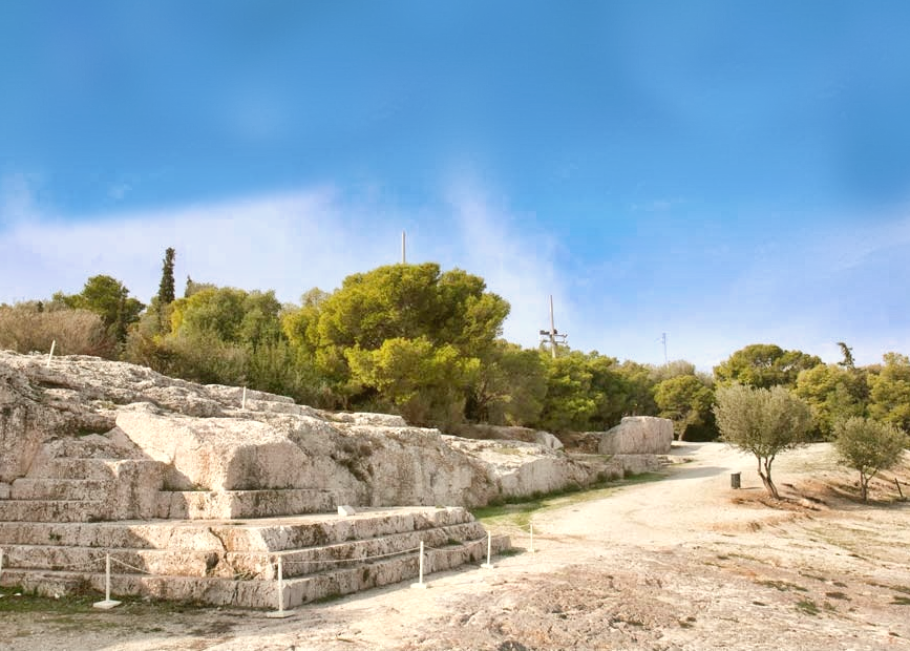 Pnyx or Pnyka in modern Greek with an altitude of 105 mt is actually the birthplace of democracy.  During antiquity, it was originally the meeting place of all Athenian citizens (excluding women and slaves) who spoke their minds regarding social and political issues and then voted. All citizens could publicly speak on Pnyka if they wished.  There were five hundred seats in total, one for each member of the Council, which was elected every year to run the Athenian matters. Great politicians of ancient Greece like Cleisthenes, Alcibiades, and Pericles, but also Kolokotronis, a general and great hero of the Greek Revolution, and recently, French President Macron have all made famous speeches on Pnyka hill. In the early 20th century, archaeological excavations revealed a sanctuary dedicated to Zeus the Healer, and its ruins remain there still.  The Pnyx is very popular among the tourists and the locals, who visit it frequently for its atmospheric sunsets. Its location offers unhindered views of the Acropolis and the Ancient Agora. Moreover, from the Pnyx, you can walk to the adjacent Nymphs’ Hill. 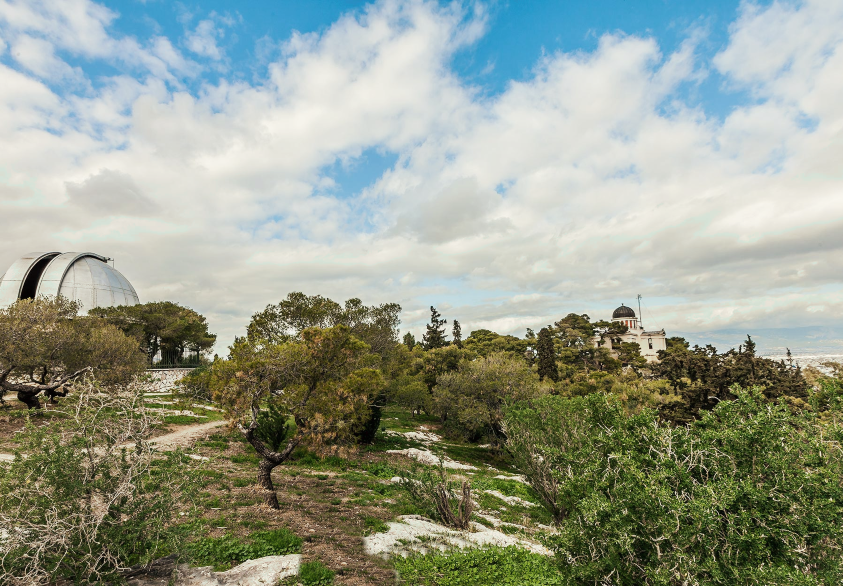 Next to the Pnyx, you will find the hill of the Nymphs.  In Greek mythology, the nymphs represented female deities of nature (there were mountain nymphs, sea nymphs, tree nymphs, etc.) and they were typically tied to a specific place.  The hill was thought to be the location of a sanctuary dedicated to the Nymphs. This sanctuary dates back to the 7th century BC and archaeological excavations have uncovered several terracotta figurines that were most likely offerings to these deities. At the top of this hill, you can find the National Observatory of Athens, a beautiful neoclassical building of the 19th century which you can visit, and the spectacular Byzantine church of Agia Marina. Upon the hill, you will also see the 8-meter dome of the famous Doridis telescope that belongs to the Observatory, and which occasionally also opens for the public. The hill of the Nymphs is much more tranquil than Philopappus and Pnyx, but still offering a breathtaking view of the Acropolis.

Lycabettus hill is the highest of all with an altitude of 227 mt, and that is why it offers the most panoramic, spectacular views of the city.  It is one of the greenest hills as it is covered in pine trees.  The difference with the other hills is that you can also reach it by cable car. The Lycabettus can be seen from everywhere in Athens. It is a very popular destination for tourists and locals, and once you reach the top there is the cute whitewashed church of Saint George and also a top-notch restaurant. There is no doubt that it is the ideal place for a walk through its winding paths that start from the outer limits of Kolonaki district, the area of the rich and famous.  If you are fortunate enough, you will catch the hill uncrowded, but this will be a rare phenomenon.  Usually, it is packed with visitors, especially for the sunset view. There is also a concert venue at the top where several Greek and foreign artists have performed.  If you are patient and wait until it gets dark, you will enjoy an amazing view of Athens at night.

Stay tuned for more information on the parks and groves of Athens. And who knows, in one of your strolls you may run into a Nymph.