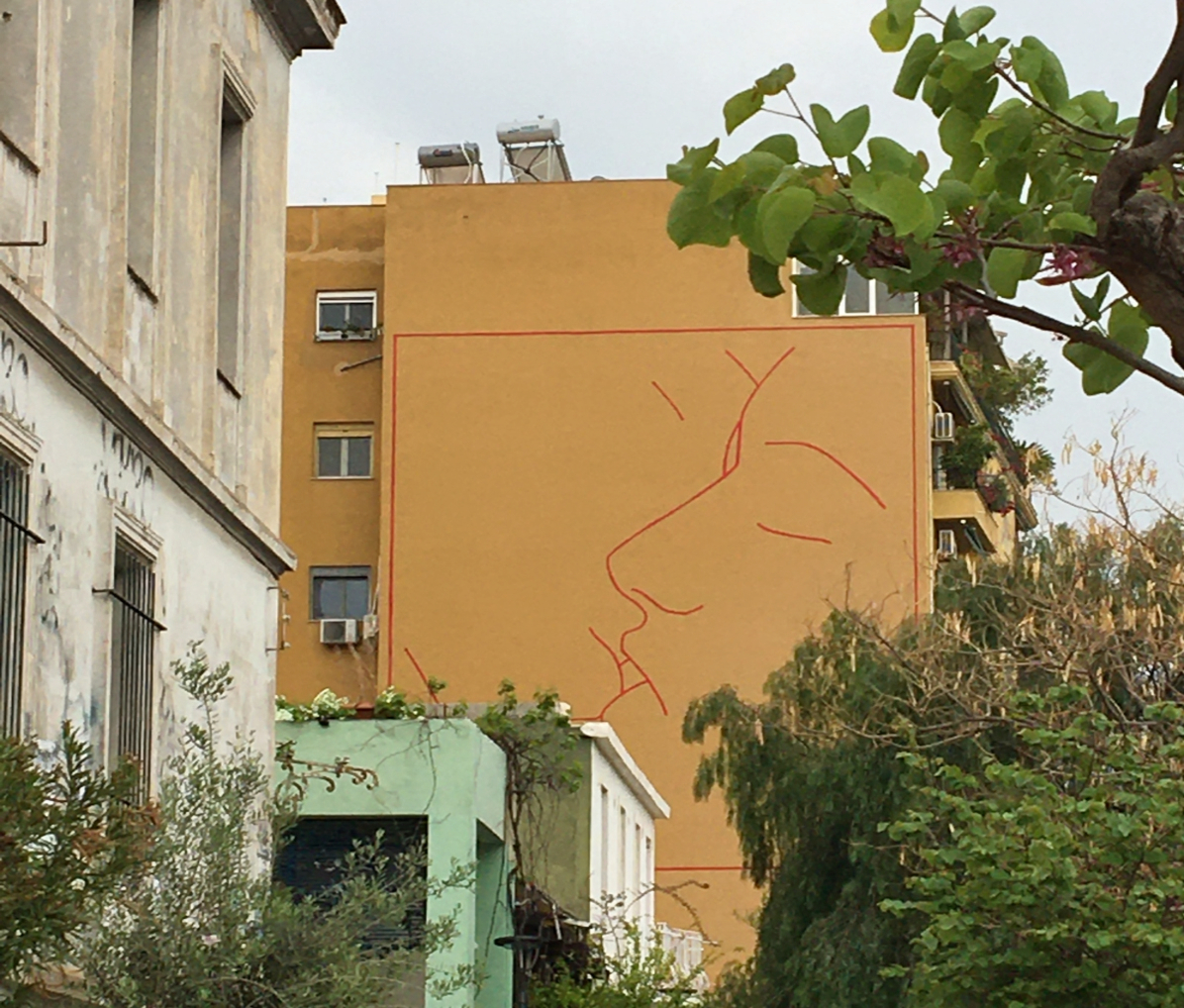 A kiss has recently become the talk of the town, but it is a different, 22-meter kind of kiss. Red, minimal, clean-cut lines form two figures kissing with eyes closed on ochre canvas. Is it a distant reference to another notorious kiss, that of Gustav Klimt? Or is it a novel symbol of anticipation and consolation for all the promised kisses that the pandemic deprived us of? It really does not matter. The beauty of art displayed in public spaces is that anyone can approach, perceive it, and comprehend it differently. The artwork was created on the sidewall of an apartment block in the heart of the city; at Avthi square of Metaxourgeio district.  In antiquity, Metaxourgeio and the nearby area of Kerameikos formed the limits of the city of Athens.  Nowadays, the area that got its name from a silk factory that used to operate there (metáxi is the Greek word for silk), is an urban, multicultural pot with a lot of potential in terms of development.  Hence, the perfect place for a large size artwork that promotes ideas of unity, solidarity, hope, and love. 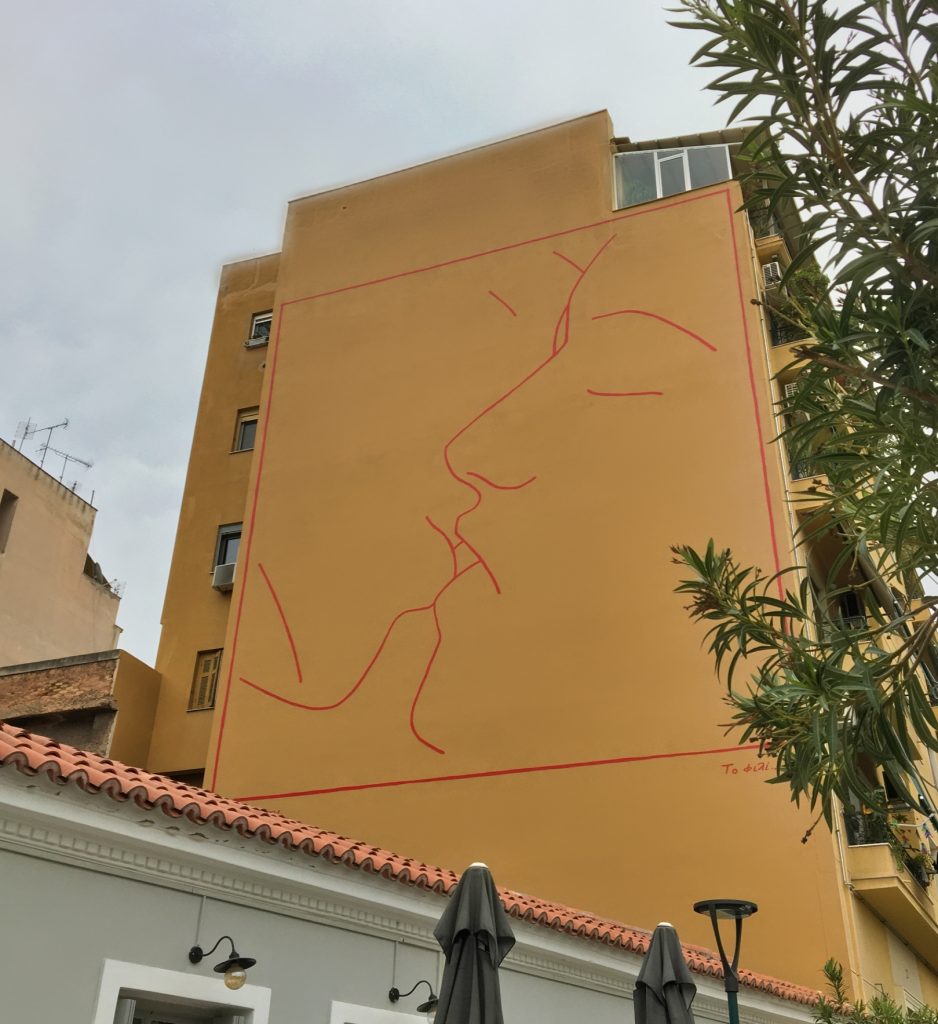 The mural that took approximately 10 months to plan and 3 days to complete was created by the internationally acclaimed Greek artist Ilias Papailiakis.  “The work expresses a certain and unique moment between two people. Love, desire, tenderness, proximity, and awareness of the other are some of the issues echoed in these few lines. Showcasing the work in the public realm aims at encouraging the dialogue in a city meant for meeting and being with each other. An emotional city.”, as the artist himself explains.

The artwork was commissioned by the Onassis Foundation, as the first of a series of public artworks.  As the art critic, Cristopher Marinos, comments, “The kiss depicted in this mural is a universal image for everyone to identify with, regardless of gender, age, and ethnic background. Athens’ public space is enriched with a valuable artwork promoting dialogue, kinship, the idea of meeting and being with each other”.

I think it is safe to say that The Kiss is an inviting artwork, full of meanings and possibilities, like people; deeply anthropocentric and easy to grasp, but at the same time, multi-layered and reflective.  Walking among the urban apartment blocks of the capital, a kiss emerges to pleasantly surprise or even startle us. As Mr. Marinos adds: “Papailiakis’ mural paves the way, as an example of a fresh approach to the public art in Athens”.